Leland James Elite Program: two winners in our team in 2017!

With its Leland James Elite Program, Freightliner recognizes each year the top-selling professionals among its North American dealerships. The company wishes to promote sales excellence, customer service as well as industry leadership. More specifically, the awards highlight performance in terms of new truck sales over a period of one year. The most recent one ended September 30, 2017. We want to emphasize that two members of our team, Christian Bazinet and François Giguère, have been awarded a prize!

Christian was awarded in the Elite Program Award Winners category, which rewards professionals who earned at least 90 points according to a rating system adding truck and bonus points. Christian was even part of the 32 top-selling professionals. François also did great: he has been given an award in the Rob Park Trip Winners category, since he was among the six individuals in North America (two in Canada, and one for each U.S. region) having the highest cumulative score in terms of point and bonus point total.

Thanks to their outstanding performance, Christian and François have had the honour and pleasure of receiving a custom plaque, a trip to Hawaii planned for next January… and our most sincere congratulations! 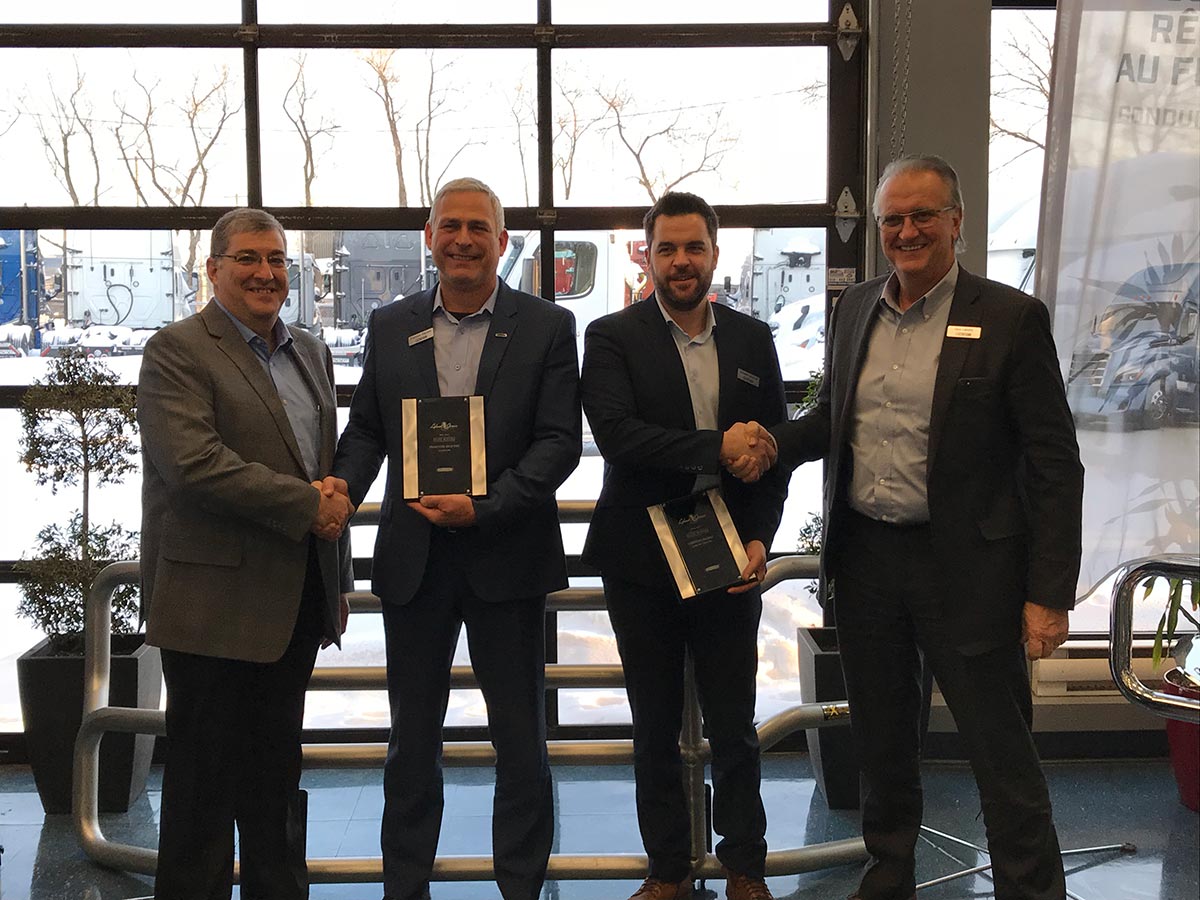 The Best of the Best Trucks